I meet so many wonderful people in this life.  One of them is Rachael Johns.  She has been warm and loving, a wealth of funny stories and a shoulder to cry on; a cheerleader and friend.  I am so thrilled to have her at Princess with a Pen today to tell you about her newest novel, Stand-In Star. 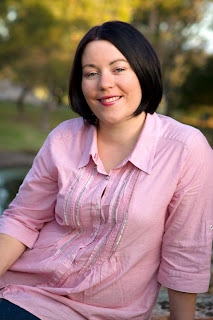 Okay, so in all transparency, I think we have to tell everyone that you are my Aussie sister from another mother.  Therefore, I will attempt to refrain from making my questions slant towards inside joke responses.  I will probably fail epically.  Some people might not know that you and I were both teachers in a former life.  Talk a little about making the step to leave the classroom; how challenging was that for you?  What do you miss most?
Well, I’ve always wanted to write even before I became a teacher, so although I enjoyed teaching, the dream was always to one day write full time instead. Taking time out of the classroom to have children, also gave me the chance to focus on my writing. I think I miss my subject most – I LOVED inspiring kids with my passion for books, movies, etc.!

That’s EXACTLY how I feel about leaving the classroom too.  I miss their little faces and hugs.
Tell us a little about your latest novel, Stand-In Star.  Oh the upheaval that happens when an unassuming Australian heads to Hollywood to accept her sister’s posthumous academy award! It has fabulousness written all over it!
Why thank you Jen. I had a lot of fun writing about it. The idea actually began a long time ago, when I read an article in the paper about teenage paparazzi photographers. It was fascinating to read about young boys who’d made squillions of dollars stealing photos of stars and I decided I wanted to write about a hero who was once in that position. Of course then I had to find a heroine.
I decided my hero could live in Hollywood and about the time I was thinking about it, Heath Ledger was nominated for a posthumous award and my heroine was born.
This is a fish out of water tale but also one of opposites attract. There’s lots emotion, a bit of glamour and of course and eventual happy ever after. Hey, I write romance, no apologies! 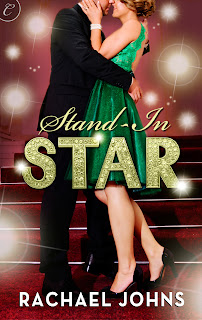 And girl…you keep writing that romance that you write so well! Who were the earliest influences on you as a reader?  What were your favorite stories as a child, teen, and as the young, carefree Rach who didn’t have a mortgage to worry about?
My Mum ALWAYS read to me, so I’d say she was a big player. I loved Enid Blyton’s Faraway Tree series and in my pre-teens I devoured ALL the Babysitter’s Club series. I also loved Judy Blume. I had a reading drought throughout high school – far more interested in boys – but Bridget Jones’ Diary brought me back and also got me writing. PS. I don’t have a mortgage at the moment – lol

I’m moving in with you for the summer, *Jen crosses fingers hoping Rach thinks this is a marvelous idea* so tell me about the places in Australia that I MUST see.  Not just the favorite spots for tourists, but also the sites that are special in your eyes.  *Jen is packing a large duffle for kangaroo smuggling out of the country*
Haha, you ALWAYS crack me up. Trust me, summer where I live is not very nice – we reach sweltering temperatures. Or do you mean, you’ll come in YOUR summer. Our winters can be quite nice.
Hmm… now… places to see. Our beaches obviously! I’d take you up north to Broome because I’ve never been there either. Fremantle markets. A sweet little lake near us. You’d have to go on a farm stay (because aside from contemporary romance for Carina Press, I also write rural romance for Harlequin Australia so I’d want to take you Outback)! I’m actually coming up blank – I’m one of those people who’s seen more of other countries than my own. We can travel together J 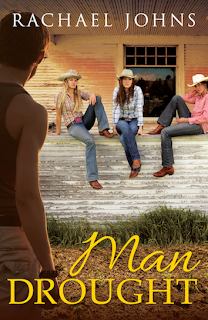 Give us a little sneak peek at your book that will be released next.  Do you have a date for publication yet and will distribution reach the US?  Am I still the main character?
I’m sorry m’dear you’re one of the secondary characters (heroine’s best friend) in Man Drought, which has just been released too but is only available down under at the moment L  *Jen says RATS she cannot get the book! And YAY she’s in the book at the same time!*
Here’s a short extract from Stand-In Star when the heroine realizes exactly who the hero is and tries to leave his hospitality:
Ignoring the jolt of lust that slammed into him at the sight of her, he blocked the stairs and folded his arms across his chest. “Where do you think you’re going?”
She spoke in a level tone, firm, polite but cold. “Please step out of my way. There’s a taxi waiting for me.”
“Not anymore.”
Her eyes widened. “What do you mean?”
He shrugged. “The cab came. I told the driver we didn’t need it. He went away.”
“We didn’t need it?” She shoved the suitcase down, narrowly missing his toes and not showing any indication of remorse. Her hands snapped to her hips as he instinctively jumped back. “There is no we, Nate. Last time I checked I was a free agent. I stupidly accepted your offer of a room of my own free will and now I’m changing my mind. Of my own free will.”
“And where do you plan on going?”
“As amusing as you may find it,” she snapped, “I’ve called the hostel and am heading back there. Not that it’s any of your business but I’d rather be rooming with ten jovial backpackers than tip-toeing around in paradise with a two-faced traitor.”
“Whoa.” Holding up his hands, he stepped back at her harsh words. “If this is about the pool incident, I apologized.”
“Hah,” she snorted. “Your sorry was more of a grunt. But as it happens, your blunt and totally inhospitable treatment of me since I arrived is only part of the issue. I’ve just seen myself on the nightly news.”
“Congratulations.” Surprisingly, she didn’t look all that pleased about the fact. He was having immense difficulty following the direction of the conversation.
“Congratulations? Is that all you have to say?”
“What exactly do you want me to say?”
“Well, the truth would be a nice start.” She stepped down and—his reflexes a little bamboozled—managed to yank her suitcase past him. “But since you’ve been lying since the airport, I’m not expecting nice.”
Right, that was it. He’d had enough of being yelled at by a lunatic female in his own house. Before she could reach the front door, he turned and clamped his hand around her arm. “I’m not the one living a lie.”

You and I are going on a walkabout (yes, I am throwing in a little Crocodile Dundee movie quote).  You know that I am all about the snacks that would be packed away for this excursion.  So, tell me what’s in the bag?
Ooh now THAT is easy. Since it’s your first Aussie walkabout, we’ll pack Tim Tams (regular flavor and caramel ones), Clinkers (Aussie lollies covered in chocolate), Diet Coke (cos I need it), flour to make damper, Cherry Ripes and Boost chocolate bars (two more Aussie chocs you don’t wanna be without)!
I think Tim Tams is my new favorite word combo, yet I have no clue what I’m saying!  For instance, LMT (hubs) makes me mad, so I’ll say, “You big Tim Tam!”
When you think about the greatest influences on you, past and present, tell us who made a difference in your life and why?
My Mum, my gran and my granddad. My dad was never around and these three awesome people sacrificed a lot to give me the best life possible. I learnt so much from them and had so many opportunities because of them. I may not have had any dad at all, but I never missed out!
There’s also been a few awesome teachers in my life. One of whom I’m now friends on Facebook with J

Rach… Aww…  I love girls who love their grannies!  I miss mine desperately.  I truly do.

What would readers be surprised to know about you?
I love mice and would have them as pets if my hubby would let me!

It’s girl’s night in!  What are you making me for dinner, then what movie are we watching on your couch that you want to throw in the dumpster?
Making? Girlfirend, you’d be MUCH safer if we ordered takeaway. I’d go a nice curry or some Mexican! As for movies, it’d have to be Love Actually or How To Lose a Guy in Ten Days!

Big HUGE thank you to Rach for stopping by my blog!  I haven't even told her that I'm doing this... I'm giving away one e-copy of her new book to one lucky reader!  That's right pumpkins!  You can win a copy of her delish new tale, STAND-IN STAR for your Kindle or Nook!
THE RULES:
1. Contest is open Feb 3- Feb 11 at Noon EST here in the states. That's way past Rach's bed time in Australia!
2. Leave a comment telling Rach and I about your thoughts on Vegemite.  Tasty snack or better left in a Men at Work song?
3. Please leave your email to be included in the giveaway.  Comments without emails will not be counted.
4. Good luck!

As an anthropologist, Holly McCartney is more comfortable in a museum than shopping on Rodeo Drive. She isn’t prepared for the media frenzy on her arrival in L.A. to accept a posthumous acting award for her late sister….or for her sister’s gorgeous friend Nate Devlin to come to her rescue. Though he resents her for some reason, she can’t fight their irresistible chemistry—especially when the paparazzi force her to stay at his mansion.

Photographer Nate only agrees to help Holly survive Hollywood for her sister’s sake, but she soon gets under his skin in a way no other woman has. The more time he spends with her, the more his attraction grows and he finds himself opening up to her in ways he never expected. But will ghosts of the past stand in the way of their perfect Hollywood ending?