Get excited, people!  It's Cat Lavoie's cover for her new novel! 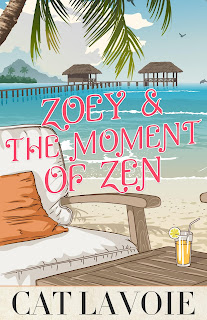 When coffee shop owner Zoey Everwood takes her obsession with ex-boyfriend Braden too far, everyone—except Zoey—is convinced a bit of fun in the sun at the Moment of Zen Wellness Resort will help her get over him once and for all.


But Zoey's relaxing vacation turns out to be anything but peaceful when she meets Shane Lawson, a resort guest who bears a striking resemblance to Braden. And things get even more complicated when the resort's owner starts spilling secrets about Zoey’s aunt Nessa, the woman who raised her. Add a snarky Wellness Coordinator and Nate Holmes—Shane's grumpy friend—to the mix, and you've got the recipe for a perfect tropical storm.
When Zoey comes back home with a new husband instead of tacky souvenirs, she must convince everyone she hasn't completely lost her mind. As Zoey and Shane struggle to keep the magic alive outside the resort, Zoey discovers that she isn't the only one having trouble letting go of the past. And when Nate drops a bombshell that changes everything, Zoey must decide if the old saying is true—what happens at the Moment of Zen stays at the Moment of Zen.

ABOUT THE AUTHOR:
Cat Lavoie lives in Montreal, Canada with her tempestuous cat, Abbie. Her debut novel, Breaking the Rules, was published in August 2012 by Marching Ink. If Cat isn't reading or writing, she's most likely watching too much TV or daydreaming about her next trip to London. 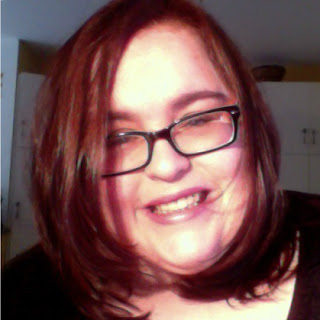 XOXO
Jen
Posted by Unknown at 5:51 AM