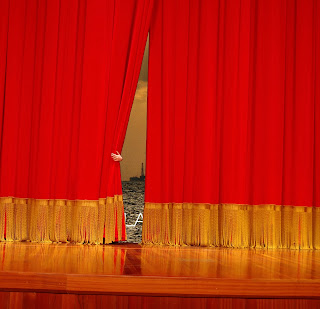 Pop open the champs, put on your party hats, and let's whoop it up with Laura Chapman!  May I present to you, the cover of her debut novel... *imagine Jen playing an awesome drumroll* 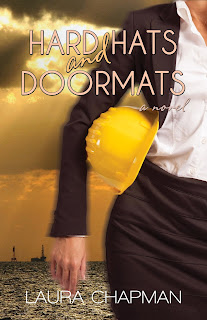 Synopsis
Lexi Burke has always been a stickler for following rules and procedures. As a human resources manager for a leading Gulf Coast chemical company, it’s her job to make sure everyone else falls in line, too.

But after losing out on a big promotion––because her boss sees her as too much of a yes-woman––Lexi adopts a new policy of following her heart instead of the fine print. And her heart knows what it wants: Jason Beaumont, a workplace crush who is off limits based on her previous protocol.

While navigating a new romance and interoffice politics, Lexi must find the confidence to stand on her own or face a lifetime of following someone else’s orders.

Who says nice girls have to finish last?

To celebrate the cover reveal for her debut novel, author Laura Chapman is sharing behind-the-scenes tidbits about the making of Hard Hats and Doormats here and on other blogs with her “Hard Hat Confessions.” 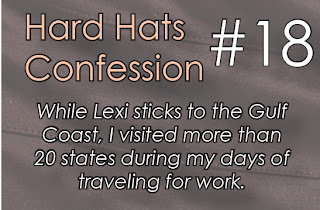 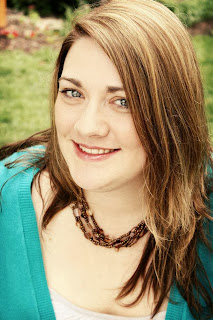 About the Author
Laura Chapman found a way to mix her love of romance and humor as a women’s fiction author and blogger. A 2008 graduate of the University of Nebraska-Lincoln, Laura studied journalism, English and history. She traveled across the United States as a writer/photographer before settling into a career in communications. She also maintains Change the Word, a blog devoted to promoting women’s fiction and documenting her experiences as a writer. Born and raised in Nebraska – in a city, not on a farm – she is a devoted fan of football, British period drama, writing in bars and her cats, Jane and Bingley. Hard Hats and Doormats is her debut novel.