Dancing with the Stars Week 3 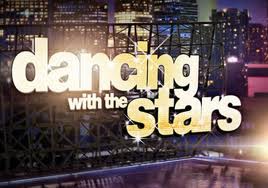 What have I been waiting for?!?  I have never watched Dancing With the Stars, in any of the years it has been on their air, and I am starting to wonder what the heck was wrong with me?  Well, besides my obvious life issues, that is.  If the iconic television shows, Disco Fever and Solid Gold had a baby together, DWTS is their prodigy!  Those were shows of my yesteryears that helped make me who I am today.  I pay homage to you Denny Terrio.  Nothing but love…
It is no secret that I only began watching this season out of loyalty to Jack Wagner.  You see, I chose Jack’s hit ballad, All I Need, as a dark horse in a contest my friend, author Erik Atwell was running.  The starry cast for the 2012 season had just been announced, Erik was looking for songs to sing his son to sleep that were crooned in the 80’s era, and voila!  Jen put those two cookies together, and won the coveted 2012 Sing My Baby to Sleep Contest!  I publicly thanked Jack, Frisco Jones, and even Erik’s son for falling asleep at a record time for the win.  With that victory, I felt like I had to give back those who made it possible in some way, and so my curiosity to watch DWTS was born.  As the late, and always great, Paul Harvey always closed his broadcasts, “Now you know the rest of the story.” 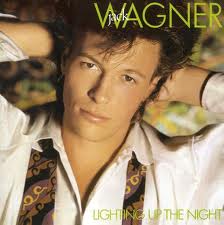 The song Jack & Anna danced to, Lighting up the Night, I heard Jack sing in concert in 1985 with my friend, Kim.  Glory days...

Every Tuesday for the season, I will be joined by some fabulous ladies, giving their input on the previous night’s events on DWTS.  Popular blogger, Michelle Bell; author Tracie Banister; and last but not least my five-year-old daughter, Gracie.  I am coming from a place of being a novice, so I am so thankful that I have these experts in the history of DWTS to really help guide me while I learn.  Gracie.  She is key for colorful commentary.  This is all in good fun, so without further ado, let’s roll!

The Tina Sparkle Award for best use of sequins and spandex:

Michelle: It is a tossup between Maria and Katherine.  Both looked so absolutely beautiful, but I think that Katherine brought just a little more to the show tonight.

Tracie: Anna Trebunskaya (Jack Wagner's partner) did Tina Sparkle proud in her Samba outfit, which was a glittery orange-and-gold bikini adorned with copious amounts of fringe, and best of all, an explosion of ruffles emanating from Anna's backside.  That ensemble screamed, "PAR-TAY!" and it was the perfect complement to Anna's coppery hair, as well as a great showcase for her abs - is there any way I can get my own set of those without having to dance 8+ hours a day?
Jen: Sherri took my breath away in her dress!  She shines and glows when she steps out onto the floor.  Love her!  No matter what Katherine wears, she is just delicious!  Her black and pink fringe number last week, and then the beautiful, fluid gown she wore for this performance, both devastatingly amazing.  William Levy, you are a tall drink of yum!  I think you could dance in a parka and you would make it shine!  Please don’t take me seriously, and cover yourself up in a parka.  Please?

Gracie: Matt Lauer should be here dancing too.  Why didn’t they invite him?  That’s so mean…

This just in . . . the wardrobe department hates you!

Michelle: Sorry, Jack Wagner!  The color is HORRIBLE on you and they dress you so much older than they should.  I didn't dig Roshon's outfit, but it wasn't as bad as Jack.


Tracie: There was a three car pile-up on the fashion freeway last night.  Melissa Gilbert has a rockin' body for a 47 year-old, but that purple monstrosity she wore for the Jive did her no favors.  It was way too short, so we had full view of her legs throughout the routine and mistakes could not be hidden.  The fit of the bodice made her look top-heavy and the color was all wrong for her freckly skin and red hair, which looked beautiful last night without the overabundance of hair extensions from previous weeks.  Did the costume designer who made that sassy red frock for Gladys Knight in the premiere go to Lauderdale for Spring Break this week?  Because the poor woman looked like she was wearing a coral-colored potato sack last night!  It was shapeless and so unflattering, doing her curves no favors at all!  As for Cheryl Burke (William Levy's partner), where do I begin?  Her Salsa outfit should have been sleek and sexy, but it was a riot of clashing colors (turquoise and banana yellow - ugh!), which had no correlation to William's very tame white shirt/brown pants combo (oh wait, I forgot, he was wearing a supposed-to-be-turquoise-but-wasn't bandana.)  And Cheryl's skirt was too poufy; it looked like a ruffle meringue and it totally obscured her hips and booty, which is the center of movement in a Latin dance.

Jen: I do not understand why they are not putting my man Jack in clothing that makes him shine.  The wardrobes of William and Cheryl were amazing last night, and similar clothing styles would have rocked Jack and Anna’s genre of song choice.  I understand the salute to MJ with Roshon’s fashions.  It was a little too “throw back” for me.

*Mother’s Note* Yes, I told Gracie her name is Chelsie.  Gracie wasn’t willing to acknowledge the name correction, and therefore she shall refer to Chelsie, as Joise. 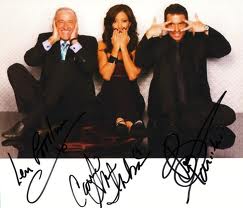 What were the judges' smoking?

Michelle: While he was good, I don't think that Jaleel White deserved the "9" from Carrie.  Otherwise, I'm surprised to have to say that Len must have passed his happy pills around because the judges were pretty much spot on with everything they had to say.

Tracie: Apparently, their 1-7 paddles were taken away from them last night, so there was a lot of overscoring, but nothing horribly egregious.  Carrie Ann did put her foot in her mouth when she exclaimed that she wanted to go to Cuba after seeing William's Salsa.  This, after William spent most of his rehearsal package talking about what a repressive, miserable place Cuba is and how happy his family was to get out and come to America.

Jen: Oh Bruno Toniolli, with his quote, “Gavin, you have that premature stiffness under control!”  Did Gavin really want all of America to hear that?  Sorry, I know.  I went there.

Standout sob story of the week:

Michelle: Donald Driver brought tears to my eyes with his story, but Katherine Jenkins made me sob from story through dance.  And I have to say that I did not feel Jaleel's story and his tears at the end just felt off to me.  (Sorry, Urkel! I think you are a cool guy, but crocodile tears were fake.)

Tracie: Since it was "Most Memorable Year of My Life Week" on DWtS, or as I like to call it "Emotional Breakdown Week," all of the celebs had a sob story to share.  The one that really got to me was Katherine's story about her father dying when she was 15.  Her Waltz with Mark was such a beautiful and poignant tribute to her dad, so when she broke down in his arms afterwards, I was a sobbing mess!  And, of course, Carrie Ann could barely give her critique because she was so choked up, which made Katherine cry even harder.  I think I went through a whole box of Kleenex during those five minutes!

Jen: All of the stories truly touched my heart.  This week has personally been difficult in our family, with my son’s buddy losing his mother to cancer.  My father is a cancer survivor.  Katherine and Donald’s stories had me in tears.  With each couple that hit the dance floor, I was cheering them on to make it through to the end.  I truly believe it is the grace of God, plus the nervous energy of the performance, that saw them to the end of their number without breaking down.

Gracie: I didn’t like seeing Sherri’s sick baby in the hospital.  No mommy should ever have a sick baby because that makes me sad.

Michelle: It wasn't even a one-liner, it was the slack jawed look on his face after watching Derek and Maria.  He wasn't quite sure what to say.

Tracie: Tom held back on the one-liners last night since the mood in the ballroom was so serious, but I did get a chuckle out of him personally walking Sherri over to the celebaquarium stairs because she was holding things up by crying and making gestures to the audience and running over to kiss her son.

Jen: In reference to William Levy, Tom said, “Clark Kent doesn’t get that reaction when he rips off his jacket!”  Do you know why that is Tom?  BECAUSE HE ISN’T WILLIAM LEVY!!!!

Gracie: Hey!  I know him!  He’s on the video show where people hurt themselves and put it on TV!  I like him.

The "Oh, Brooke!" moment of the week:

Michelle: "Did you guys actually kiss?  We couldn't tell."  To Derek and Maria.  She is such a nosy one!
That and every time a contestant got emotional she thrust herself into the camera, throwing her arms around them and "aww"ing. Back off, woman!

Tracie: I've got to give Brooke credit because she handled all of the post-dance crying jags by the celebs pretty well this week.  She was sympathetic without losing it herself and when a celeb was too emotional to answer a question, she tossed it to their partner or called for the scores.  Of course, there was that cringe-inducing moment when she asked Derek and Maria if they had kissed during their Rumba, but I'm pretty confident that she was fed that question through her earpiece by a producer.  So, I can't really blame her for it.

Jen: I heard Brooke ask Gladys, “Sam Cooke taught you about singing.  Did that help you tonight?”  Gladys had a momentary look on her face that read to me, Seriously?!?  Did you seriously just ask me that??

Gracie: That girl upstairs (Brooke) is not as good as Ann Curry could be with the microphone asking the questions.

Time to Retire those Dancing Shoes!

Michelle: Gavin and Karina, it is time to go.  I think the bottom three will be Gavin/Karina, Melissa/Maks, and Jack/Anna.  I do worry for Gladys when the dances get faster...

Tracie: Gavin Degraw would be the obvious choice since he was in the bottom two last week and he was one of the lowest-scoring celebs last night, but . . . my spidey sense is telling me that Melissa Gilbert will get the boot this week.  Who goes home has been pretty much left up to the fans and I'm just not sure that Melissa has been connecting with viewers so far.  We shall see later tonight!

Jen: I really worried this week for Gladys.  Her dance was lovely, but I didn’t connect with it as I did with her earlier performances.  I think she will be safe this week, but I am concerned about her, and want her to go on and do well.  I think Gavin and Karina might be heading home.  Jack, I am worried about you too, my love.

Gracie: Gavin and Karina.  They get a big boo from me.

Thanks for joining us!  See you next Tuesday!
XOXO
Michelle, Tracie, Jen & Gracie
Posted by Unknown at 8:18 AM