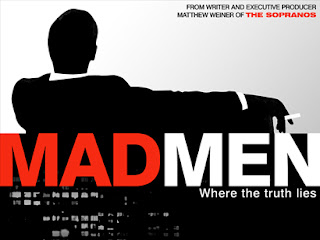 I am so stinking late to the party!  Let me tell you what I watched last night.  I bet it's not what you watched *Jen says smirking*  Hubby and I watched the first two episodes of the FIRST season of Mad Men.  I know!  I told you I was late to the party, but at least I showed up, right?

Mike, my bald and loving husband, and I have wanted to watch Mad Men since its premier on AMC.  The problem was that our DVR was already hopelessly devoted to other shows airing on the same night and at the same time.  If you mix in the busyness of life, with a dash of children and work, we were running out of hours in the day to watch the shows already piling up.  And, there was nothing to cut from the list.  Not one show could be canned!  I mean, you cannot expect Mike to sacrifice his episodes of Judge Judy, now can you? 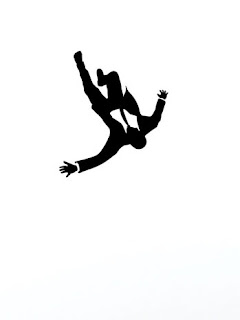 Don Draper, the sky is falling...

My only real experience with John Hamm as an actor, was in last summer's blockbuster, Bridesmaids.  The pee-your-pants-laughing movie of the summer!  His role in the comedy was that of tall, dark and JERK!  If someone had to play the bad guy, Hamm played it to the top of the heap. 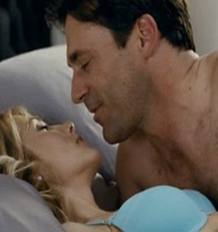 "Annie, I know I am a sleaze, but there's a cop waiting around the corner to pull you over and change your life!"

True Blood, Boardwalk Empire, The Walking Dead.  Those are the Sunday evening staples we record, then watch during the week.  Currently, none of those series are on-air.  The nerve of some TV shows giving their stars some time away; it's beyond me.  So what better time to jump into the Netflix vault than now?!?  NONE I SAY!  NONE!  Please give a special round of applause to my dear friend, Kisti, for if it were not for her excitement about last night's season premier of Mad Men, this love affair between The Tuckers and Sterling Cooper Advertising may not have some to pass for years to come! 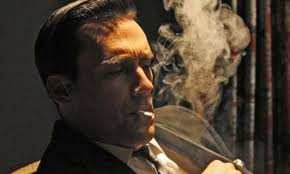 Welcome to my world, Donnie Boy!